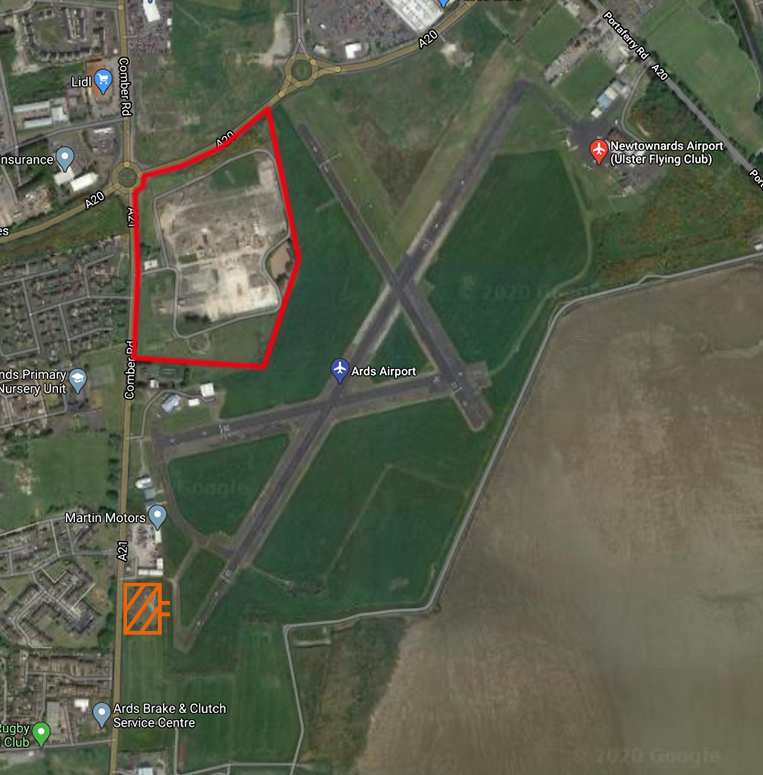 Opened in 1934, Newtownards Airfields is now the premier GA airfield in Northern Ireland, and it’s not difficult to see why.  It is the only airfield in Ireland with 3 hard runways and lies on the northern bank of Strangford Lough, one of the most beautiful parts of the country, and yet is only a few miles from the thriving city of Belfast.

Unfortunately the Marm site (bordered in red), which initially was interested in allowing 10 hangar homes and 4 ‘live/work’ hangars on the boundary to the airfield, decided against them because the development includes a care home and apartments which would be noise-sensitive. Therefore, another smaller but self-contained site adjacent to the airfield was found to the south-west of the airfield and the sale agreed with the land owners, subject to confirmation of an unconditional right of way (airside access) from the site to the airfield from the Mount Stewart Estate, who own the airfield. Regrettably, this was not forthcoming, for seemingly no good reason, so the development cannot proceed unless there is a change of heart by the Mount Stewart Estate in the future. Should that be the case, and if the proposed site is still available, then because it is zoned primarily for commercial use, 7 ‘live/work’ hangars could be built on the site, aimed at aviation-related businesses, like at Lee-on-Solent Airfield. 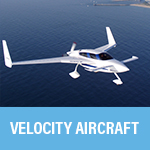